Tuesday August 23
The flight was smooth and short and we landed to clear blue skies and sunshine which was perfect for an afternoon exploration of the town. There was a cruise ship in the harbor which we could see as we landed, and stores were packed with tourists buying very scratchy wool sweaters and wildly expensive souvenirs. We were here two years ago, and since that time it appears that there are now miles of really good bike paths. A bike shop was just opening in town but wasn't yet able to rent bikes. After lunch, the guys went to the aviation museum at the airport, and Becky and I walked along the inlet birdwatching. The tide was in and we saw washtub-sized pale pink jellyfish pulsing along, and various gulls, ducks, peeps and geese. Dinner was fabulous at Rub23. 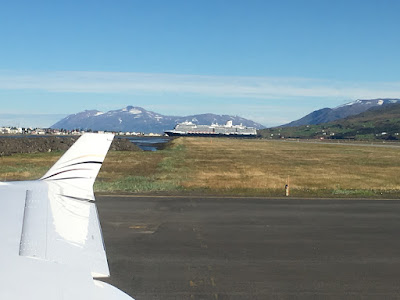 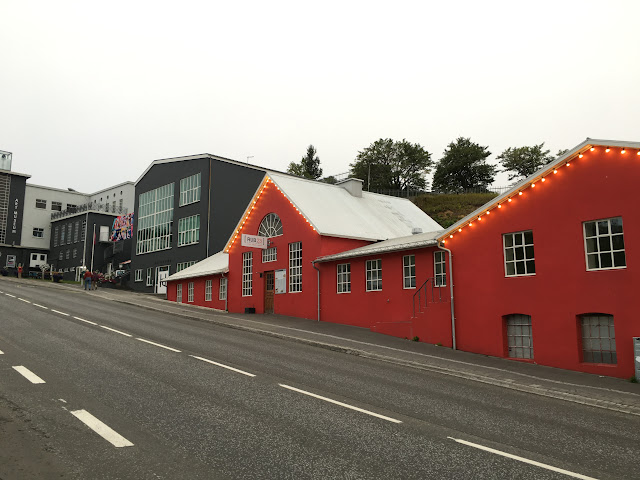 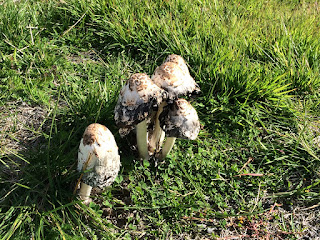 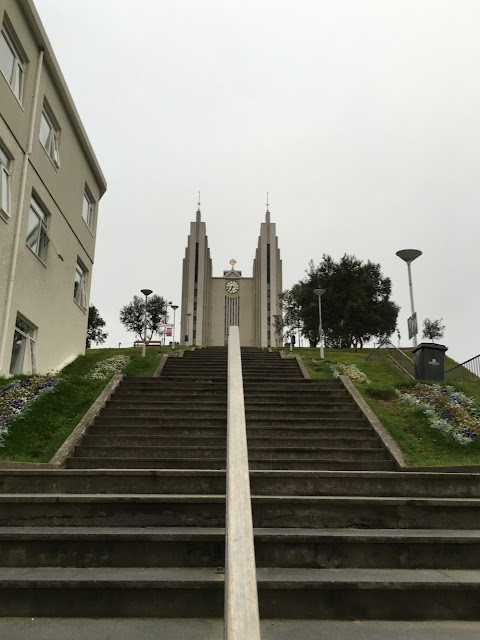 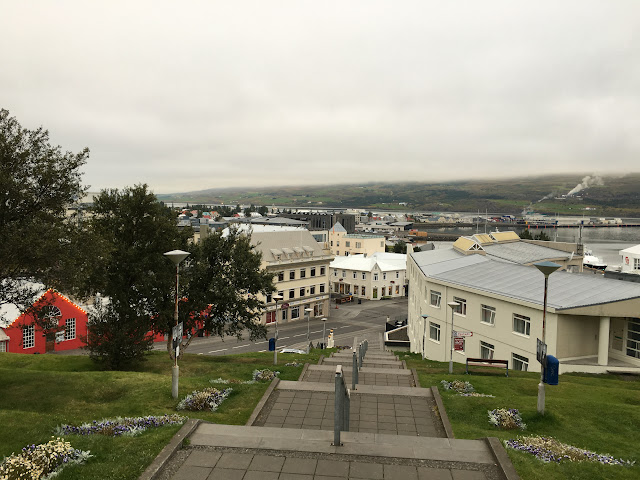 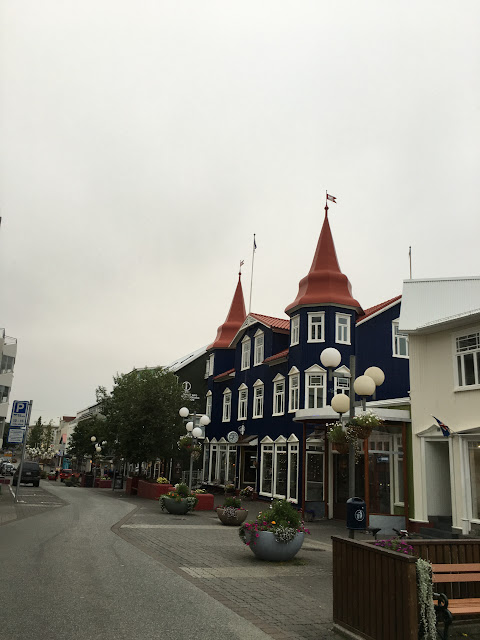 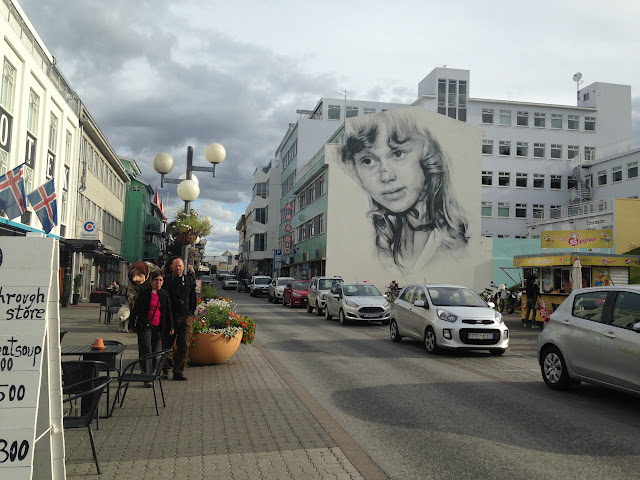 Wednesday August 24
The tour boat rolled out and the fog rolled in, totally changing the energy level in the town. We rented a car and drove north along the eastern edge of the Eyjafjordur Fjord and explored along the way to Siglufjordur, the northernmost point of the main island. We kept hoping the fog would lift, and there were a few valleys where we got a peak of blue sky, but generally clouds hung close around us. One lane tunnels were well lit and had right hand pullovers for taking turns with oncoming traffic. 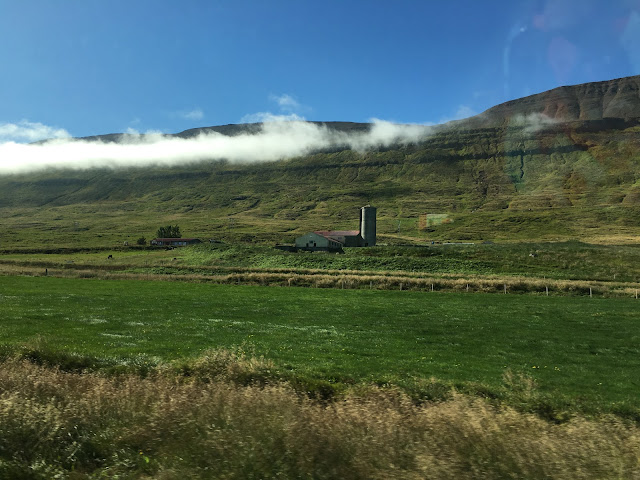 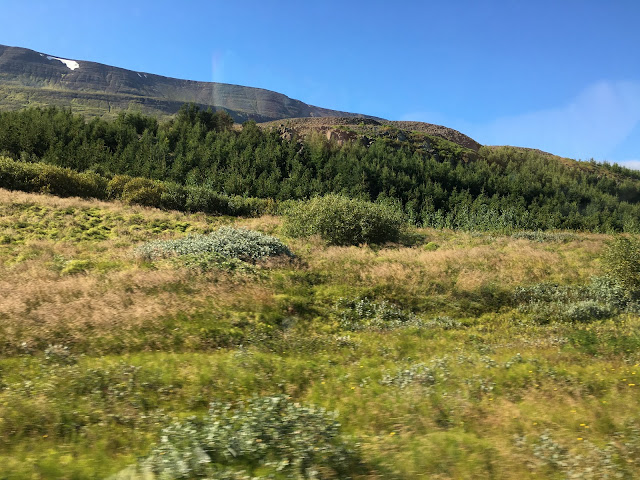 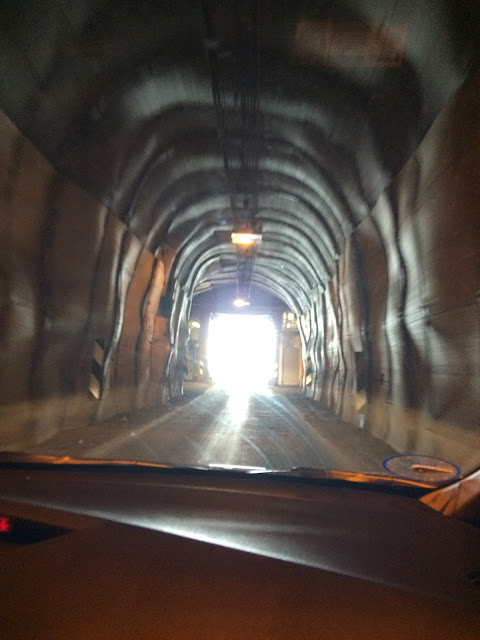 Finally reaching Siglufjordur, we stopped for a cup of hot chocolate and interesting conversation with the owner of the only open cafe, which makes sense because we were the only tourists in town, even though the village boasts a world class Museum of Herring. His first comment to us was about Trump...bad news travels fast I guess. 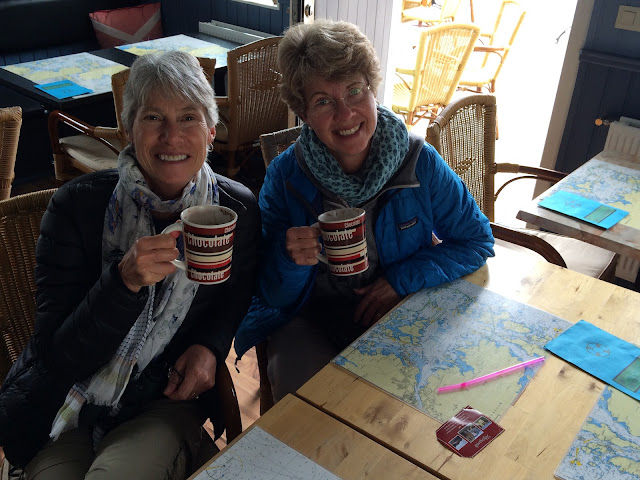 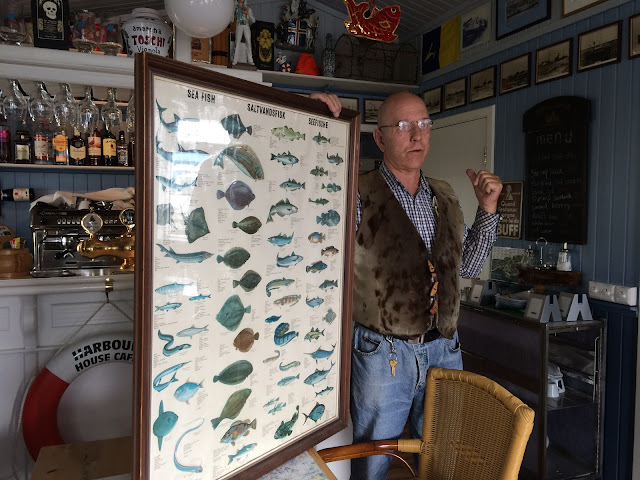 Our lunch picnic was leftover Faroe lamb made into sandwiches with cheese scavenged from the breakfast buffet and jam in tiny jars leftover from England. Nobody went hungry! 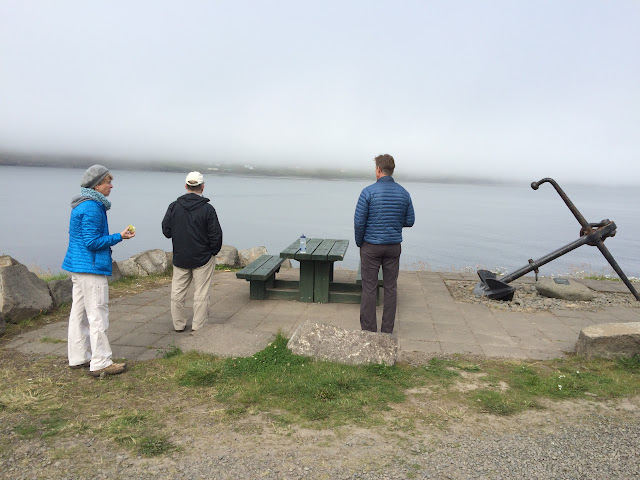