This was a take-it-easy layover. We arrived after another 6.5 hour Atlantic crossing to a shiny, modern airport constructed for the World Cup. After refueling, we loaded into a large van for the one hour drive to our hotel on the beach. The countryside was very arid, the soil sandy, the litter dense and the housing mostly one-story cinder block with red tile roofs. I noticed a couple of pony-carts carrying produce along the modern asphalt highway. 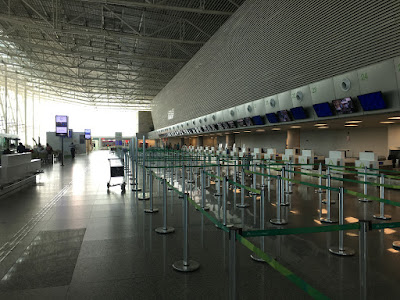 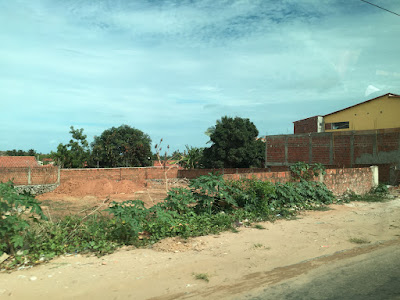 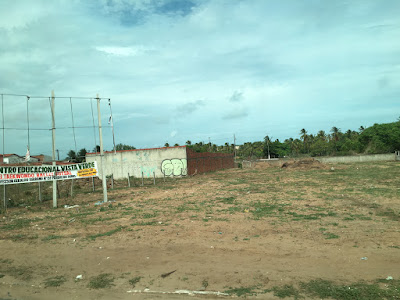 We crossed the bridge over Riacho do Sangue with Natal on our left and headed south along the beach road, with the tourist city of Ponta Negra looming in the distance. There are over 1.4 million people in the Greater Natal area. Our hotel was wedged between the coastal highway and cliffs overlooking the Atlantic. Then the tide was out, the beach was excellent for walking, but when the tide was in, waves crashed just beneath the pool deck of the hotel. There was a sand dune preserve across the highway, but it was off limits for exploring. 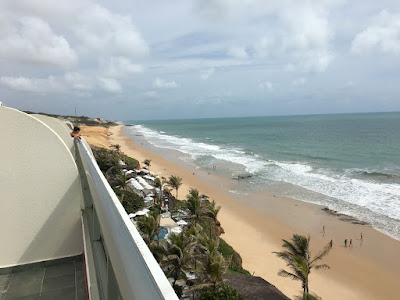 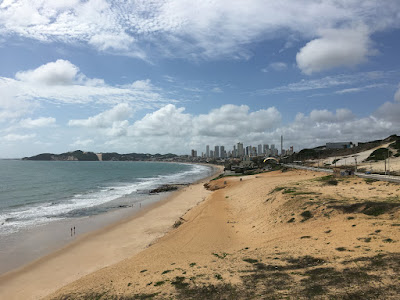 This all-inclusive property felt a bit like a land-locked cruise ship and it was packed with families on summer holiday (it is summer, here, after all). The buffet dinner was filling and varied if unremarkable, but at least the service was slow. 😏 But, we had a chance to get laundry done, walk the beach, relax, upload photos, and get a massage.
Email ThisBlogThis!Share to TwitterShare to FacebookShare to Pinterest
Newer Posts Older Posts Home
Subscribe to: Posts (Atom)