Today we had an entirely uneventful flight from Praia, Cape Verde (GVNP) to Accra, Ghana (DGAA). So uneventful it was downright boring.  The only excitement came at the very end when the controller kept asking us if there were any VIPs on-board (we learned later why he asked that) and when he cleared us for an ILS approach (it was very hazy) via a fix that was not on our approach chart.

It was a long flight at 1,560 NM as planned, but most flights on this trip are long by design. Every stop  is both expensive and has risk of delay. We crossed seven countries and had various interesting communication with African controllers both on VHF and HF. 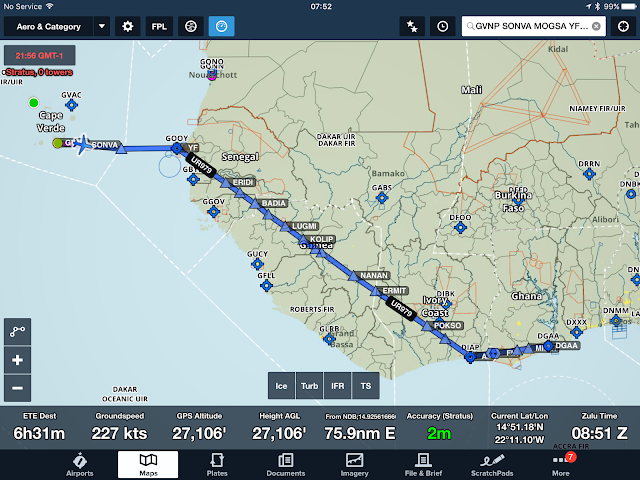 Took about two weeks lead time for Universal Aviation to get all the permits required for this flight, but no issues other than a small question about landing fees being paid at Praia which the handler quickly worked out on our behalf.

Sky was beautiful prior to departure. 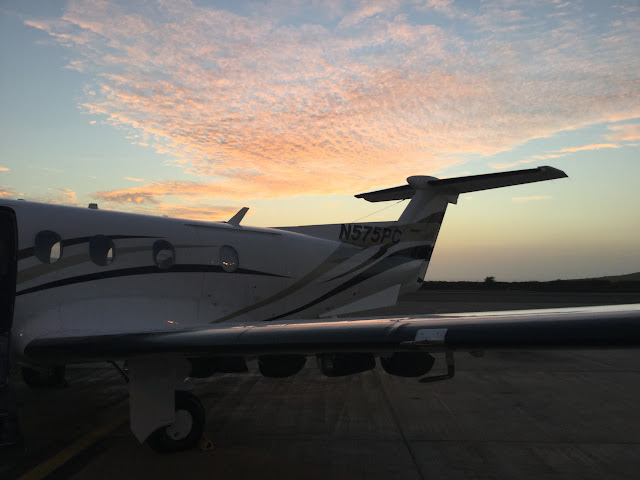 A video of the GVNP ramp area before departing...


Giuseppe was flying right seat for this leg and Josh captured a great picture of him in the cockpit getting ready for departure. 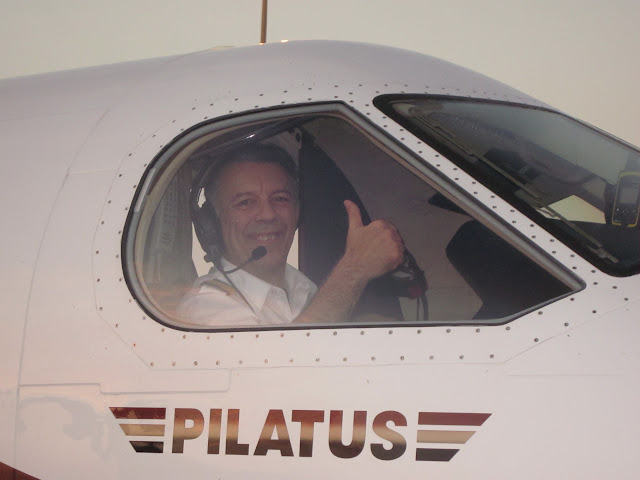 Once airborne, it was severe clear the whole way.  The ARINC navlog was off a bit on the winds (which is very rare) and the already long 6+03 estimated flight time took 6+18 even with a couple of short cuts.  For a couple of hours over Guinea and Ivory Coast, I went in the back while Josh and Giuseppe ably handled duties in the cockpit. 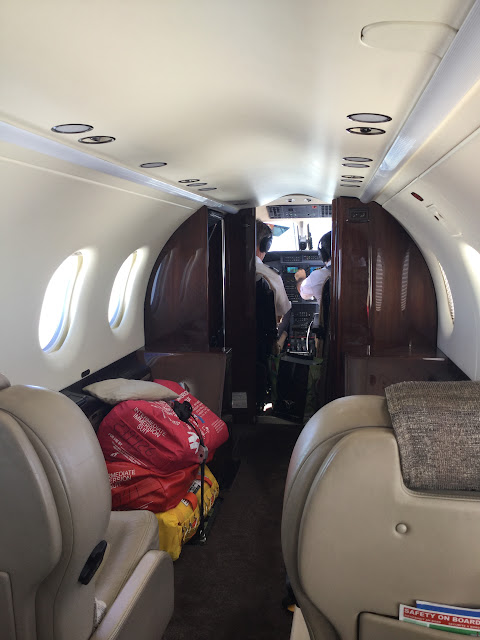 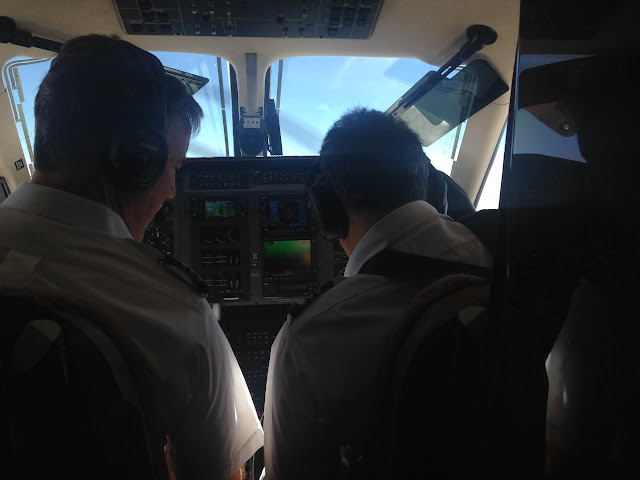 On approach to Accra (DGAA), the controller kept clearing us "Direct MISPA, cleared for the ILS runway 21." Only problem was MISPA was not on our Jepp chart for the ILS. It was an IAF for the RNAV 21. So, we just insisted that we needed the RNAV 21 if we were to use MISPA. About two more times he cleared us MISPA for the ILS, but he finally got the message and cleared us for the RNAV 21. I guess the MISPA transtion was some sort of local procedure that regular pilots knew how to fly, but we did not want to risk it. Here are the two plates in question in case someone can see something we missed. We were approaching from the west-northwest. 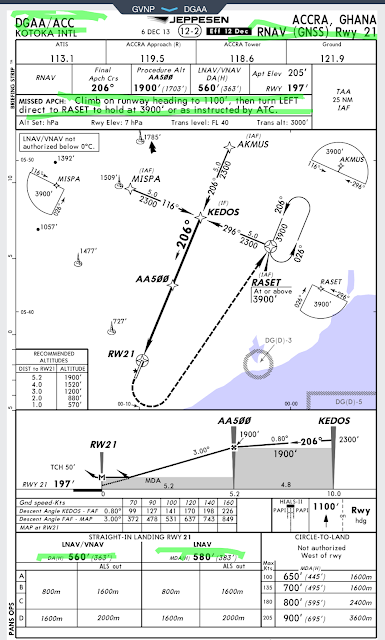 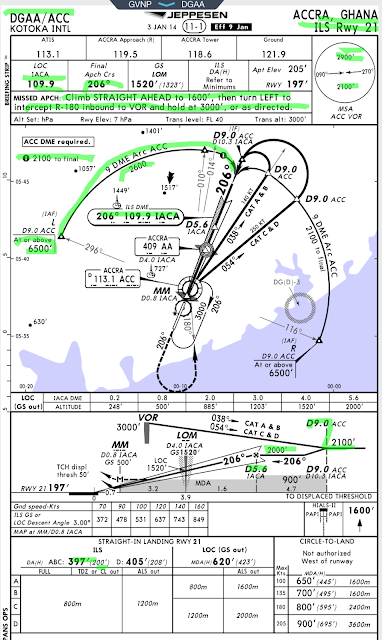 Giuseppe recorded (audio and video) some of our communications with ATC during the flight which can be found on his public FaceBook page.  He made these mainly for educational purposes for anyone interested in this sort of flying...nothing too exciting, just normal international ops African style.  Direct links below.

Getting the clearance in Praia, Part 1: https://youtu.be/ci4_8uVvIt8


Getting the clearance in Praia, Part 2: https://youtu.be/1rakBggKL-c


Some enroute chatter and getting a shortcut: https://youtu.be/UqYZWwLhQHI

Checking fuel enroute with Josh and Giuseppe manning the cockpit while Jack rested in the back: https://youtu.be/MIRJ8aClkT8

We had a "day off" on January 7 in Accra. A new Ghana President is being inaugurated that day which is why we were asked about VIPs on board yesterday. The ramp had lots of business jets (including a BBJ) bringing in important people (not us!) for the event. 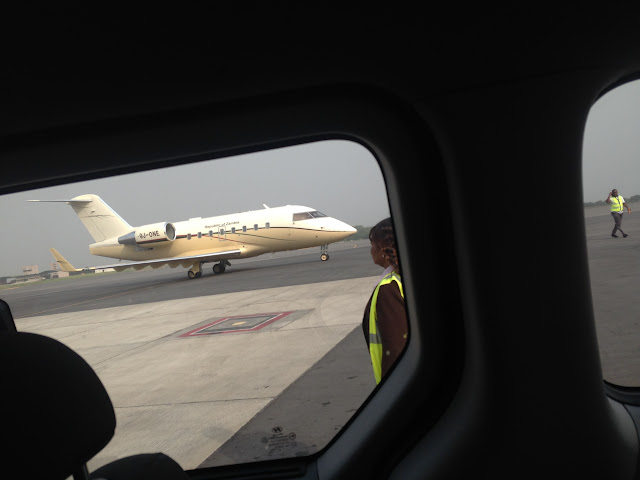 Great flight so far.  Some challenging weather, but nothing we aren't trained trained and equipped to handle. The plane has performed as expected...no problems.
Email ThisBlogThis!Share to TwitterShare to FacebookShare to Pinterest
Newer Posts Older Posts Home
Subscribe to: Posts (Atom)