Sunday August 21 - 23 Faroe Islands
We hoped for sunshine today, so we loaded up and used the good weather to explore, going first to Kirkjubour on Streymoy Island. There we saw the Magnus Cathedral ruin built in 1300, and St. Olav's church from the 12th Century. The Cathedral was actually never finished...it never had a roof and today is partially protected by scaffolding in an effort to stabilize it. This village also has the world's oldest still-inhabited log wooden house, dating from the 11th century. Wikipedia says the wood came as driftwood from Norway, but the sign posted on the log building said it was built in Norway and towed to Faroe by boat. 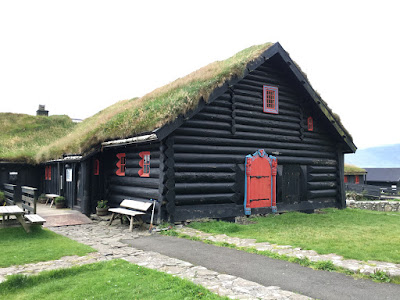 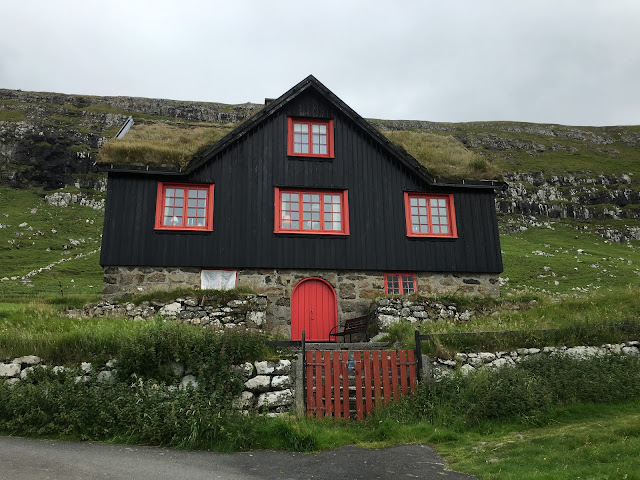 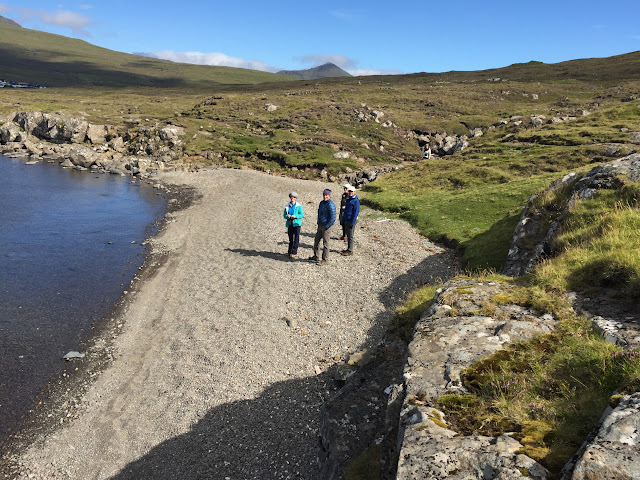 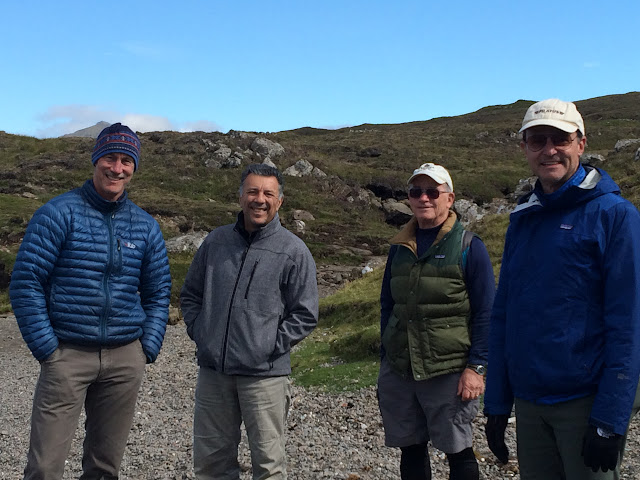 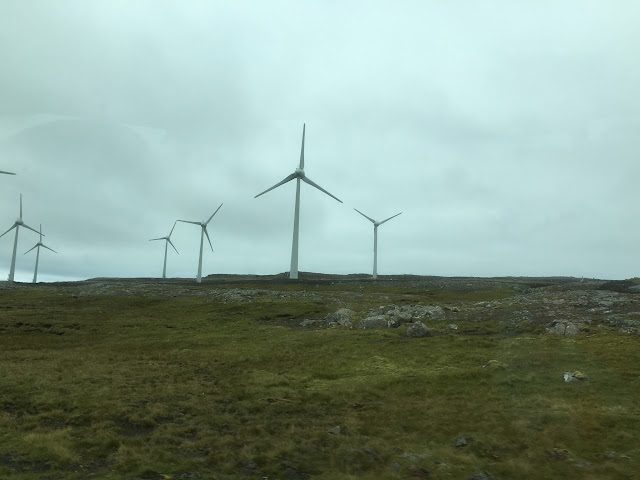 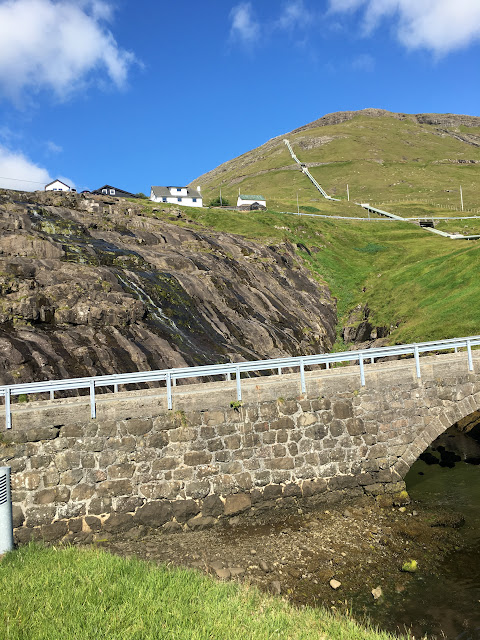 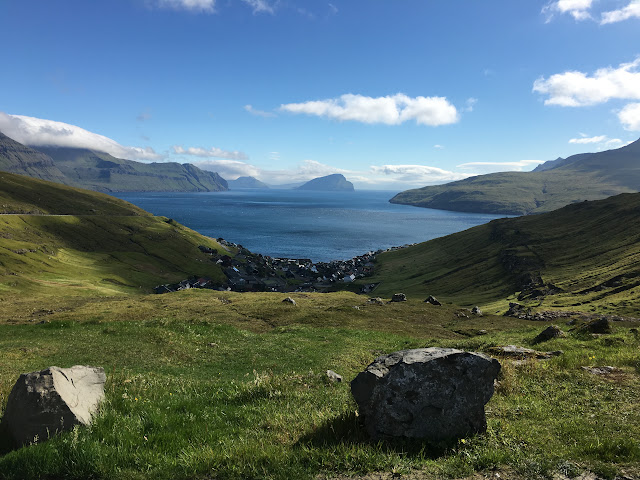 Thanks to Giuseppe for this bit of trivia. There are six levels of roads in Faroe: 1. The paths made by sheep, never more than 15° gradient.
2. When people use these paths and they got a little bigger, and they build stone cairns to follow.
3. Roads were widened to 5 feet so they could be used by horse wagons.
4. Some of those became one lane car roads.
5. Then two lane car roads.
6. Finally, massive tunnels now track through the mountains and under the sea.

Monday, August 22 -Exploring Torshavn area
Today we took it easy in the morning,before heading into Torshavn to explore. It was too foggy to hike and in this featureless landscape, and even the guides recommend sitting still. Weather rarely varies and temps in the cloudy summer range from 50-60 degrees day or night. I noticed art and color whenever I could. 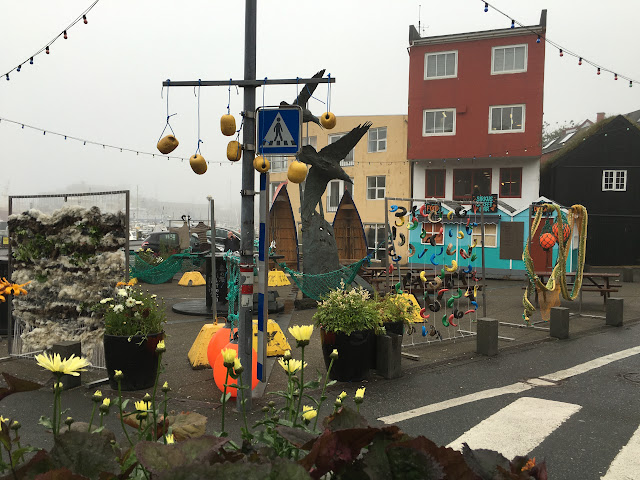 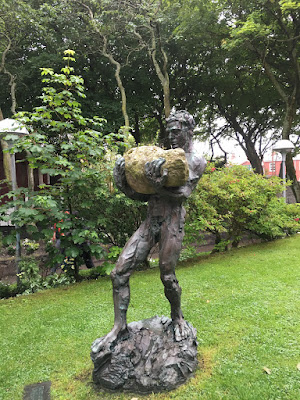 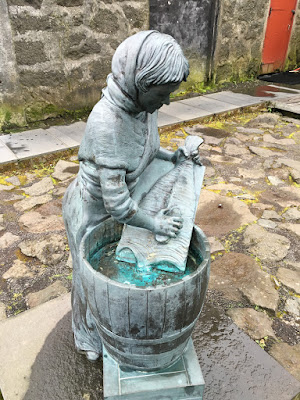 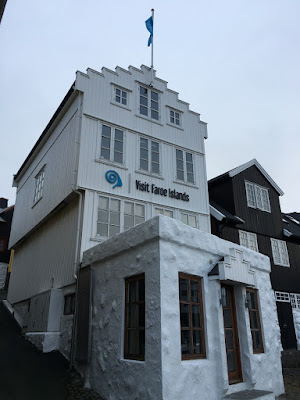 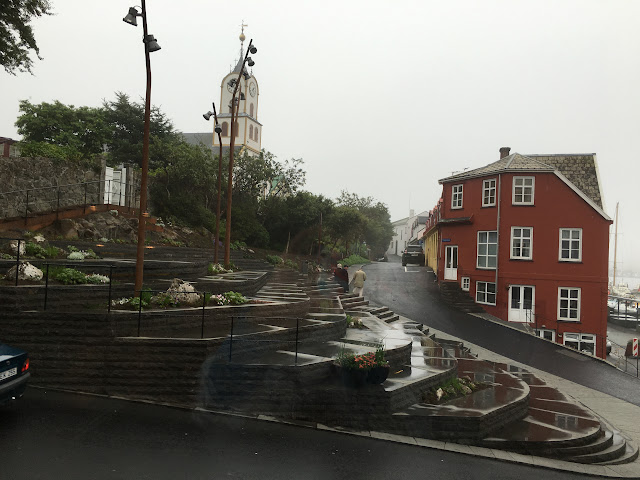 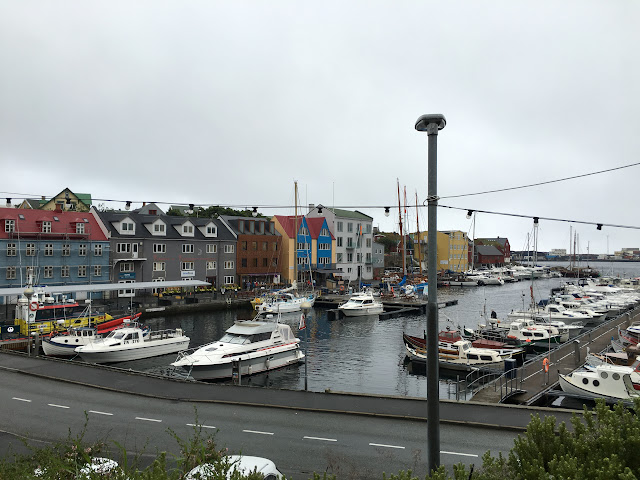 In the afternoon we found the natural history museum and Hoyviksgardur, an open air museum of an early 19th century farm. 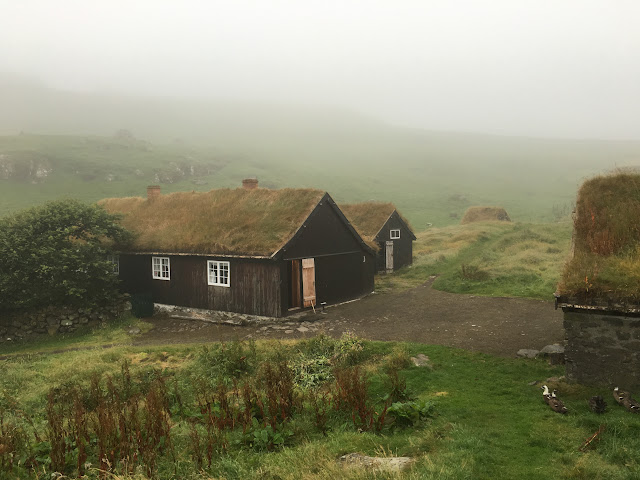 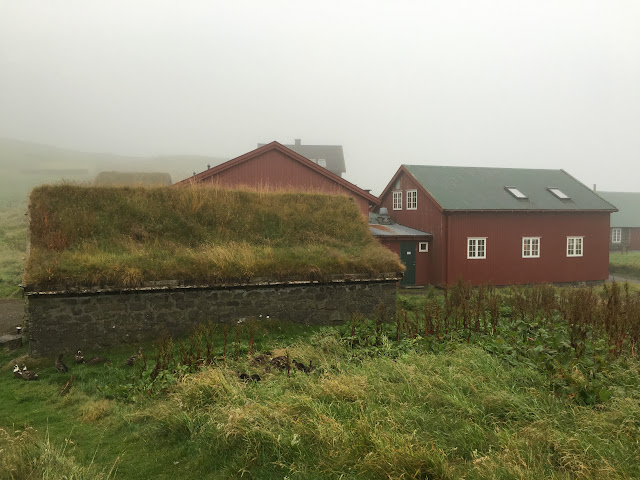 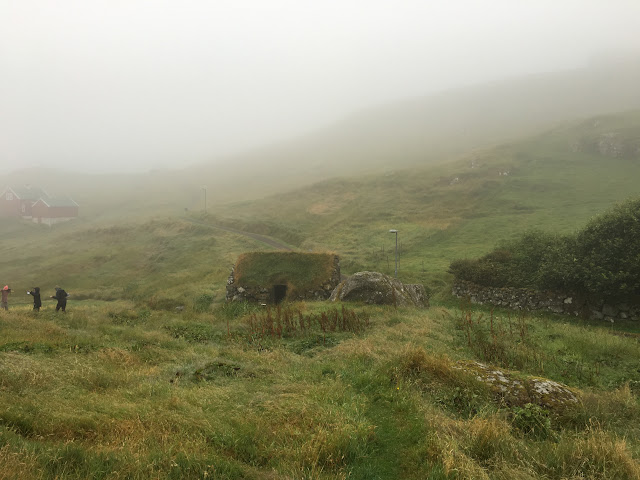 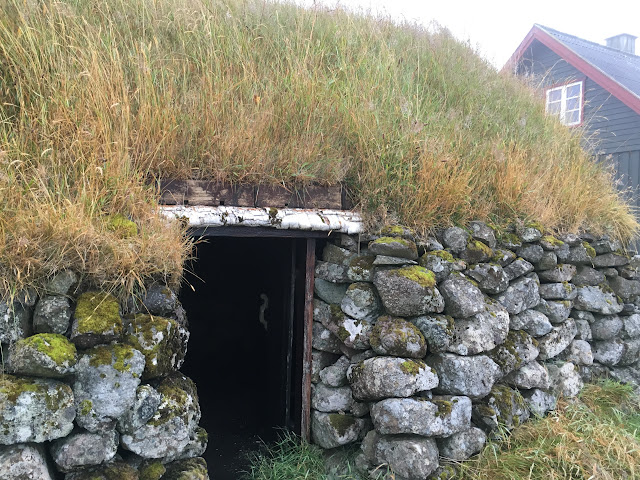 No, the pictures aren't blurry, it's just very foggy here!

The traditional farmhouse roof is sod covered - "green roofs" are hardly a modern invention. Many of the modern houses still use this technique today. Traditional construction used birch bark, white side to the interior, as decking which added some level of waterproofing. The sod was then installed on top. Only certain species of grass are appropriate and will need very occasional mowing. I presume they don't get the driving deluges of rain like Texas which could potentially wash an entire roof away, but they seem to hold up fine for a few decades at a time, which is about the lifespan of a conventional shingle roof.

Goodbye, foggy Faroe, on to Iceland!