Today we conduct a flight I have done many times from Austin, Texas (KAUS) to Jackson Hole, Wyoming (KJAC). But this flight has a special meaning in that it will officially complete all the FAI requirements for the Polar Circumnavigation diploma (we hope!).

The route is fairly typical for a wintertime flight to Jackson (1,055 NM as flight planned). Considering the strong headwinds, we will fly a little lower than typical at FL240. 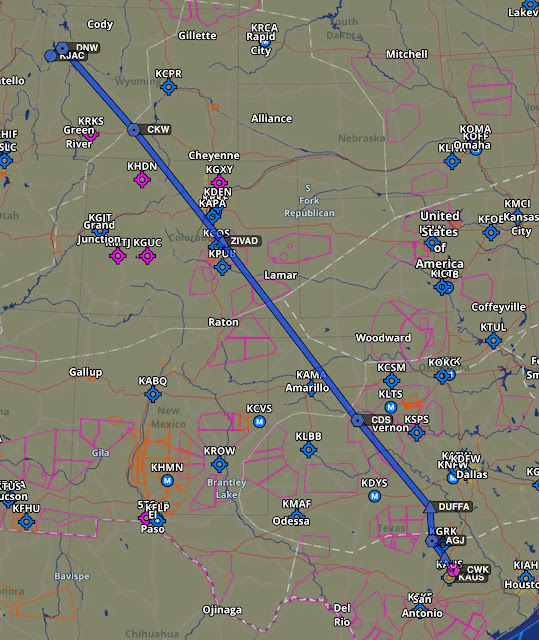 It was a warm morning in Austin, but we expected bitter cold in Jackson. While the plane did not quite need an additional quart of oil, we elected to add it in the in the 60 F Austin weather rather the -5 F in Jackson.  Josh is our designated oil filler as his extra height makes is easier for him to do it even without a ladder. 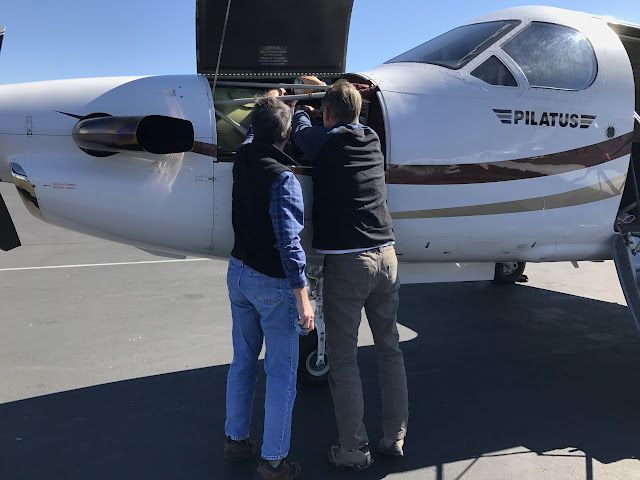 Josh was in the right seat for this flight and Giuseppe captured nice photos and videos as normal. Departing Austin over the main airline terminal... 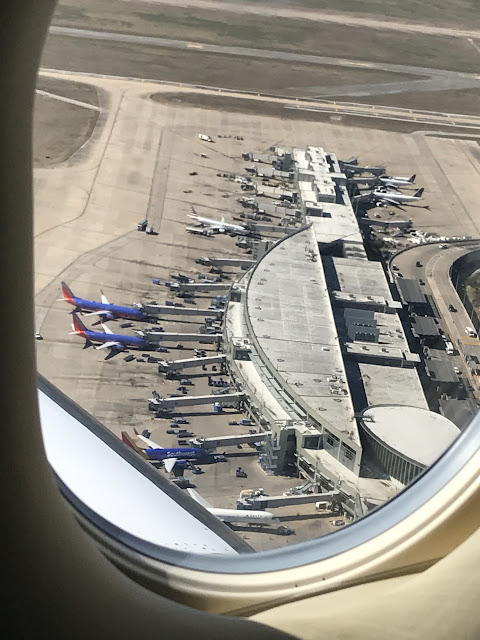 The flight was smooth and in clear air all the way until descending into Jackson.  While we saw some fabulous scenery in the last three weeks, the Rocky Mountains never fail to impress... 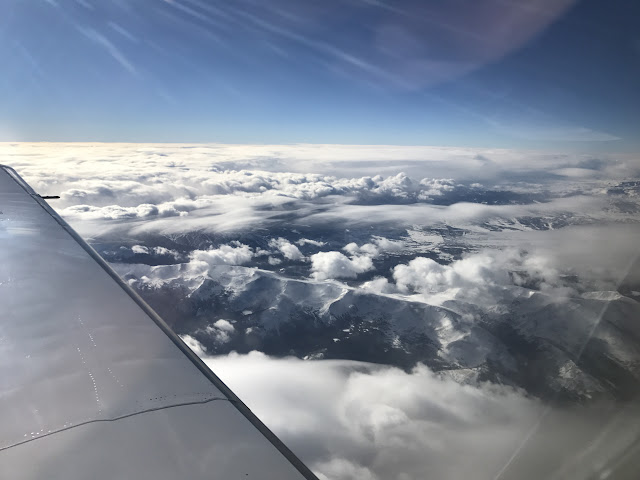 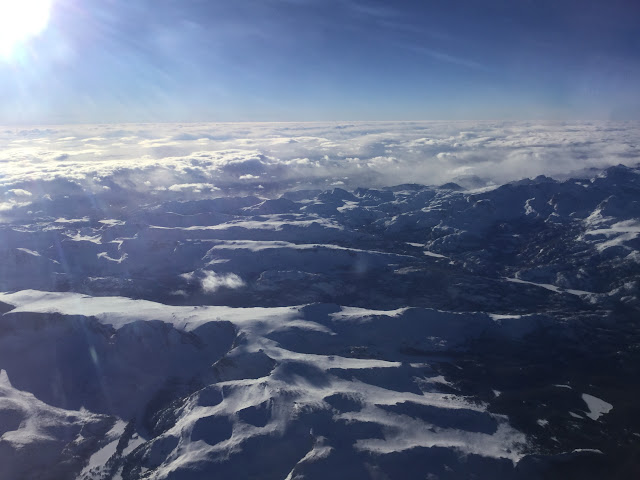 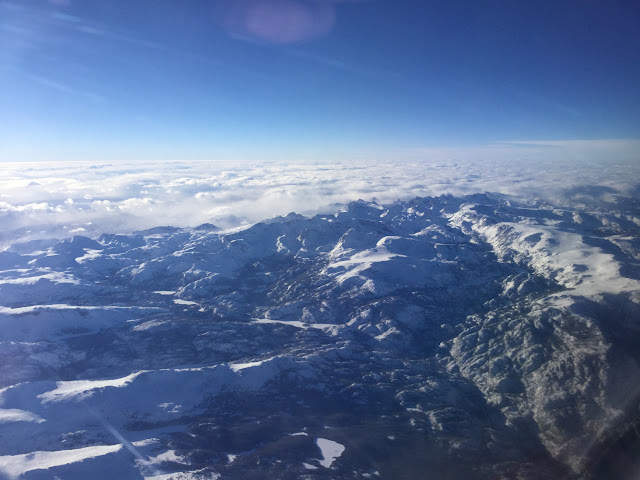 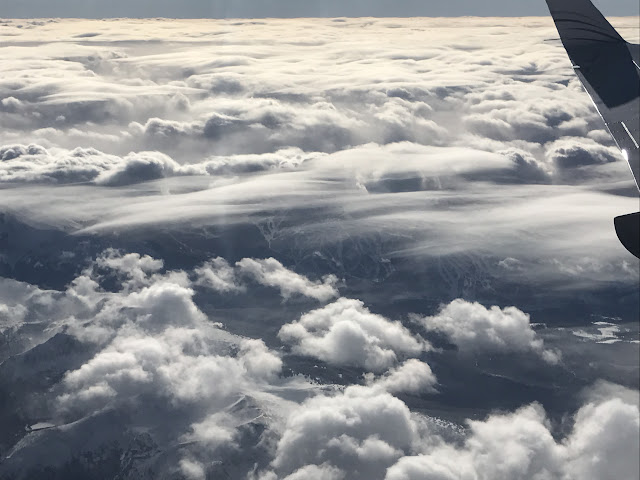 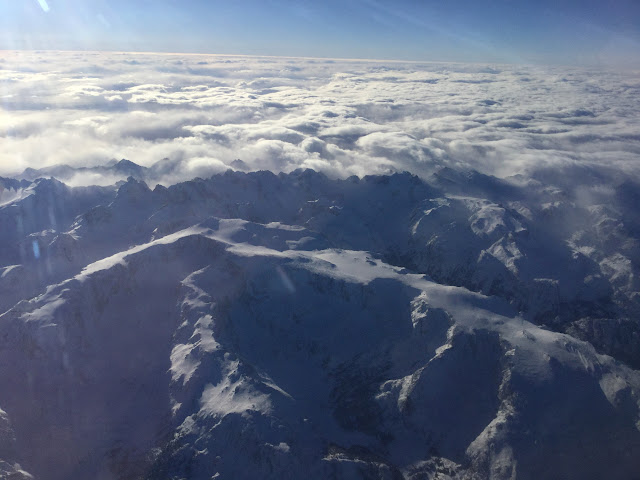 Giuseppe made a nice video (from the back) of the approach and landing in Jackson.  No cockpit audio, but some beautiful scenery.

Jackson is an unusual airport in that there is a control tower and an air traffic control radar site on the field, but the local controllers are not trained to use the radar and thus cannot use it for traffic separation. The radar is only used by Salt Lake Center. As a result, an aircraft cannot be cleared for an instrument approach while another aircraft is also flying an instrument approach. As we started our instrument approach we heard a faster aircraft call-in to Salt Lake Center behind us. Since we knew we could delay him, as soon as we descended through the thin layer of clouds and had the airport in sight, we cancelled our IFR flight plan and continued visually which allowed the faster plane behind us (but at least five minutes behind) to start their approach without delay.  That is one of those courtesy actions pilots try to extend to each other when possible without compromising safety. 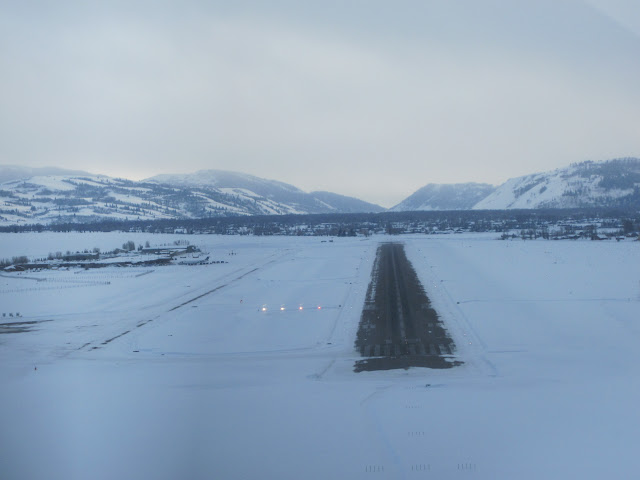 While the runway was clear, the taxiways and parking ramp where completely covered with snow and ice. Thus, the trickiest part of the whole flight was the last two minutes on the ground!

Our faithful aluminum companion looking lonely on the cold and icy ramp at Jackson Hole... 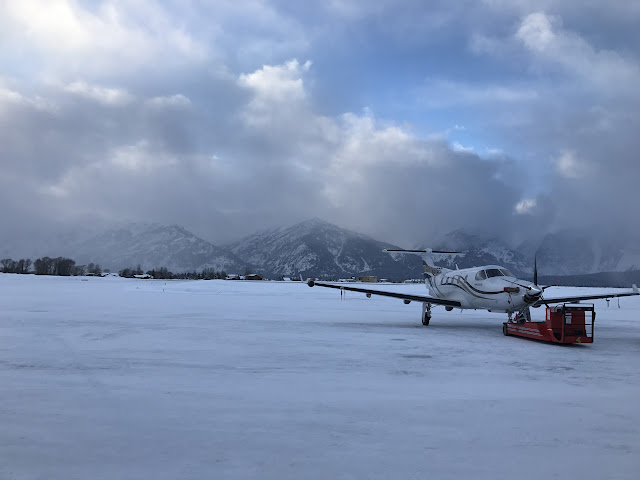 The happy pilots having completed a journey of more than 37,000 statue miles, crossing five continents, overflying 27 countries, landing in 15 countries, and traversing the globe from 75 degrees latitude north to 75 degrees south latitude. Whew! 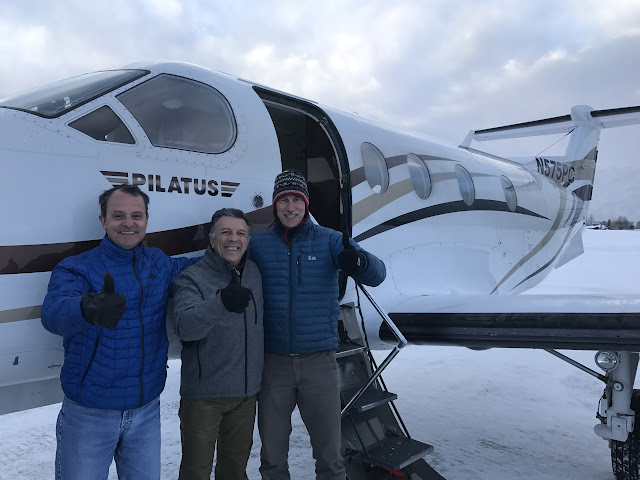 Now it is time to unwind with our good friends Scott and Kacy who have kindly invited all of us to stay at their fabulous home in Jackson Hole for a couple of days. Their hospitality is greatly appreciated by all of us.

I will make a final blog entry with more facts and figures about the trip, but this will be the last flying story.  It has truly been an epic adventure and having it end is a bittersweet moment.