Do you speak pilot? (By Carolyn)


Yesterday was another long (6.5 hour day) flying south from the Azores to Cape Verde. Both of these countries use Portuguese as their official language, as does Brazil, where we'll be next week. So, we will have visited three Portuguese speaking countries without visiting Portugal!

But lucky for us, English is everywhere.

Next you learn abbreviations:
FBO- fixed base operator - the private plane terminals (which usually have good snacks.)
PIREP- pilot report - like weather and stuff
VFR - visual flight rules - you can see the ground
IFR - instrument flight rules - you are above the clouds
AOA - angle of attach - complicated relationship between the wing and the wind and if you screw it up you stall, which is bad.
NOTAM -notice to airmen - alerts pilots to potential hazards along the flight
METAR- meteorological aerodrome report - highly standardized weather report
TAF - terminal aerodrome forecast - weather in the immediate vicinity of the airport
SKEW-T diagram - graphical representation of temperature and dew point from the ground up that tells you where the clouds are.
AOG - aircraft on ground with a mechanical issues so it can't take off
PRIST - fuel additive that keeps ice crystals out of your fuel, but for some reason is only available in the U.S. so we carry our own.
SID - standard instrument departure
STAR - standard terminal arrival route
IAP - instrument approach procedure
Vref - velocity at landing
TU - tits up. You should be able to infer that this means. 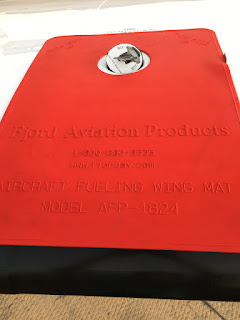 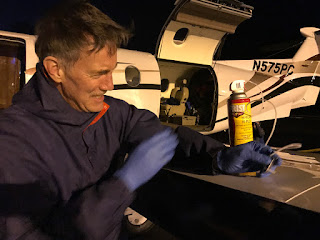 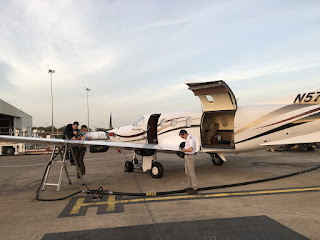