January 18: Ushuaia to Bariloche (by Carolyn)

We woke to discover light snow dusting the distant mountains south across the Beagle Channel. This range of peaks looks so much like the Cathedral Group in Grand Teton National Park it's uncanny. 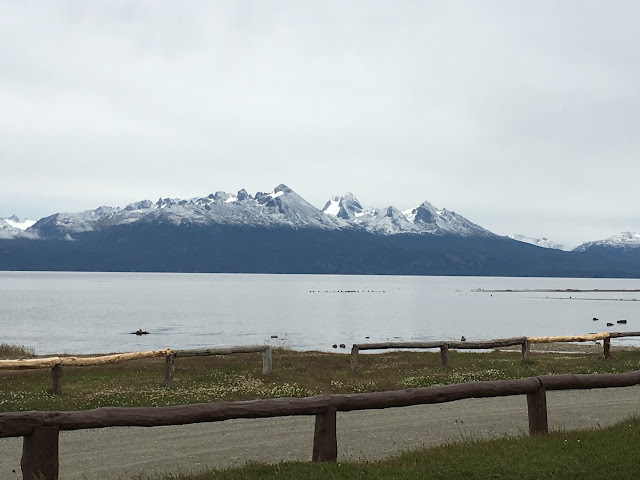 This morning we headed up the disused ski slope on the northern side of Ushuaia to look for a few more birds. ("Our target birds today are the yellow bridled finch, buff-winged cinclodes, orchard-necked ground-tyrant, dark-faced ground-tyrant and common seedsnipe.") The hike was steep and dramatic, looking back down across the city and channel, and uphill above the tree line and tundra to trails that disappeared into the granite mountain top. Clouds closed in and a light snow fell for the rest of our exploring. 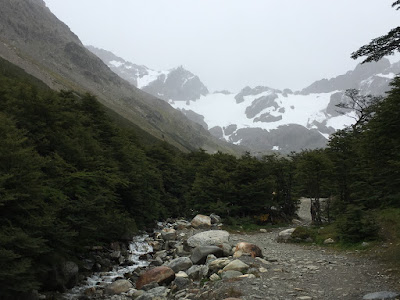 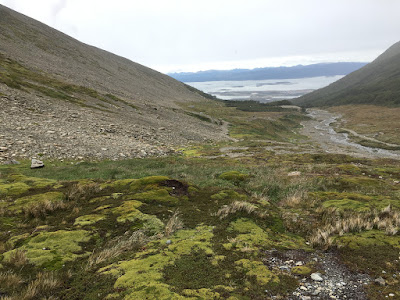 Ushuaia has experienced several dry winters (Argentina believes in climate change) and now the in-town ski mountain has been shut down and the lift dismantled. There were several batches of hikers, and many proceeded far above where even moss and lichens dare to grow. 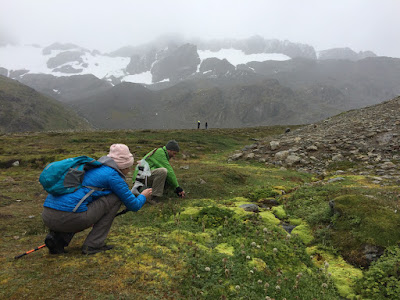 Snow flurries continued and we got all our birds except the seedsnipe. (No surprise since it is exceedingly difficult to find.) We headed back through stunted southern-beech forest to grab a quick lunch before saying goodbye and thanks to Esteban when he dropped us off at the airport. 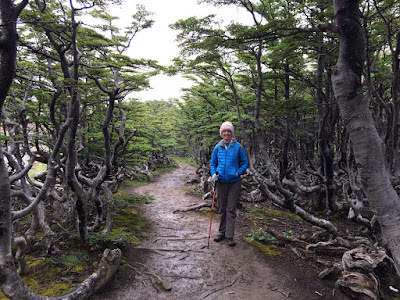 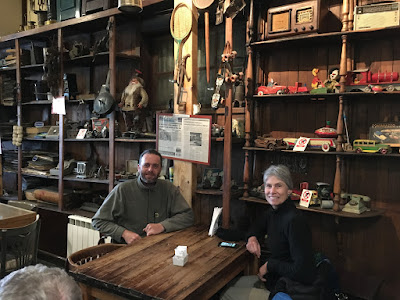 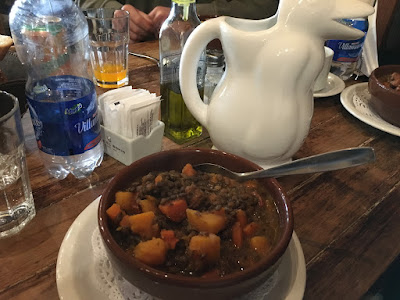 The Andes were out the left side, stark and bare, with snow covered volcano cones jutting even higher and catching clouds. We saw glaciers draining into milky turquoise lakes that flowed west to east through dry grasslands.

Bariloche is a resort town nestled on the southern edge of Lago Nahuel Huapi. (Think Truckee on Lake Tahoe). It is densely landscaped with plants from around the world - some quite benign, and others (Spanish broom, ponderosa pine), not so much. But if you are a rose lover, this could be your capital. Just be sure and plant sterile cultivars. Our hotel is Charming. Literally, it is called Charming, and it's great to be here for several days. 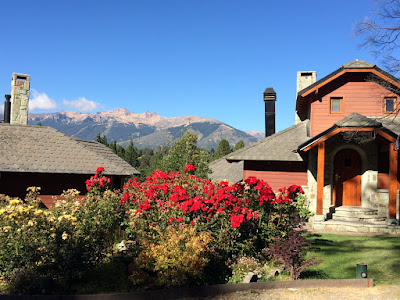 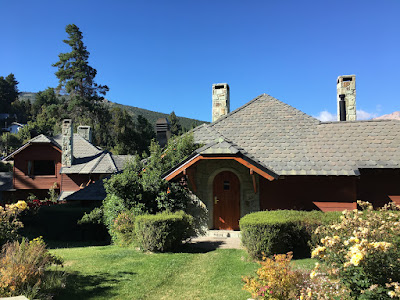