Now we have two great guides - Gustavo Iglesias with TNC and Lorenzo Simpson - to take us to Fortin Chacabuco today and Puerto Blest tomorrow. Both are within the Nahuel Huapi National Park which was formed in 1934 -and was the first national park in South America and third (after Yellowstone and Banff Canada) in the Americas. The next two days will highlight two vastly different habitats in this 2,000,000 park. 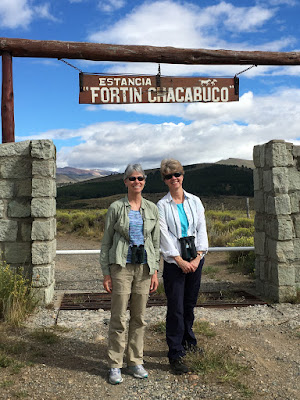 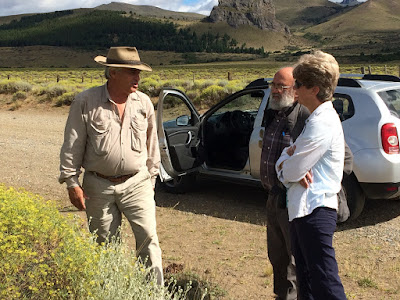 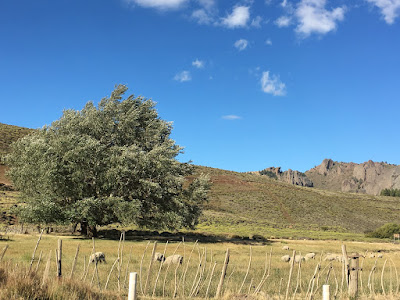 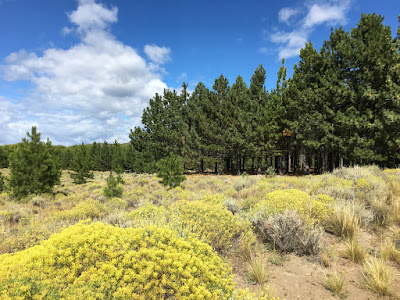 Invasive Ponderosa pines were planted under a government scheme for forestry, but were never managed properly. Over grazing leads to unhealthy grasses.

Like many TNC preserve manager couples, one member is full time TNC and the other is part time, but both work all the time to manage the various scientific projects, partnerships, community outreach and general upkeep of a working farm. 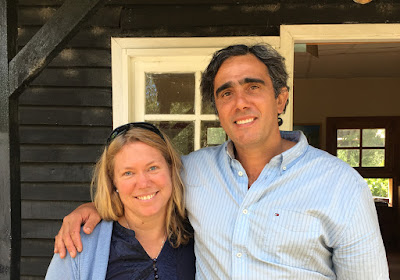 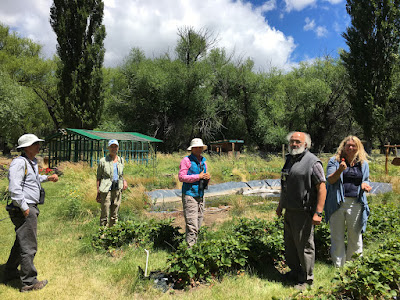 The family garden, with coops for chickens and rabbits. 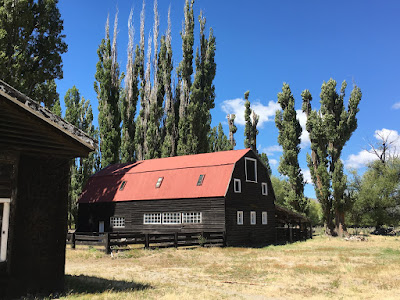 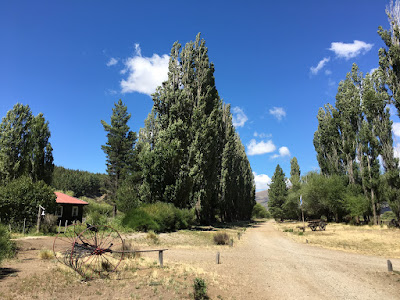 Gwen and Nico welcomed us, along with Argentinian trustee Frederico Zorraquin and his wife Isabel, with a traditional mata-tea ceremony, which is a fascinating communal activity that we have been observing for days. Finally a chance to experience for ourselves! The dried mata herb is packed into cups often decorated with leather or silver. Boiling water is added to steep the leaves, with more water added as the tea is consumed. There is a special sieving silver straw and you never stir the mixture. The first few infusions are very bitter, but after a while it mellows into a bold green-tea flavor. Most fascinating to us germaphobes, was everyone shares from the same cup and same straw. When in Rome... 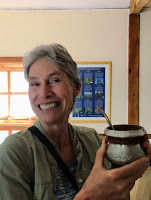 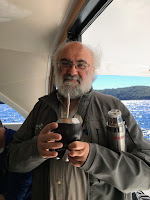 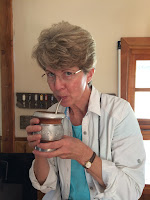 The ranch is just northeast east of Lago Nahuel Huapi, where there is less than 14 inches of rain each year. Grass is king. We spent some time with the maps (this is TNC after all) and got a sense of the challenges to restore these grasslands and promote the ideas of sustainable grazing to another 15 million acres by 2020. 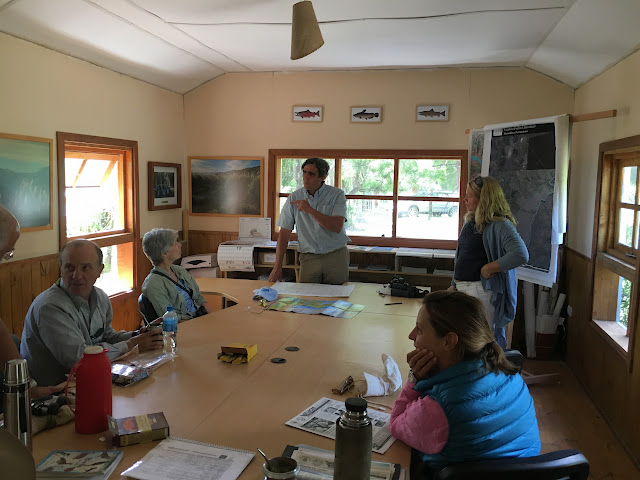 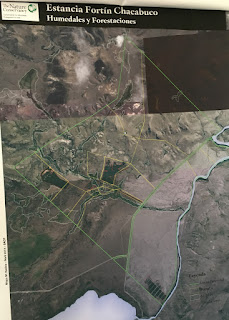 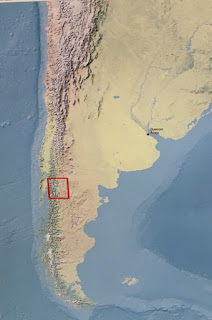 These grasslands are negatively affected by both over grazing and undergrazing. The introduction of intensive sheep and cattle grazing would leave soil bare and susceptible to invasive rose hips and Spanish broom, or exposed to never ending wind, leading to desertification.  Patagonian grasslands were once home to many tens of millions of grazing guanacos whose sharp hooves would constantly break up desiccated bunch grasses and stimulate new growth. 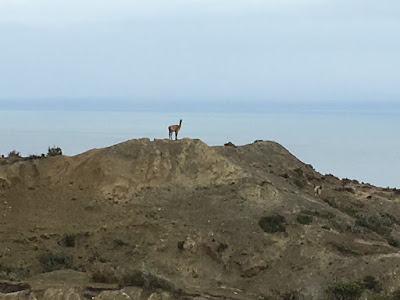 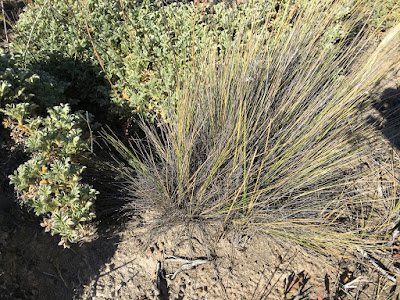 Fortin Chacabuco uses a rotational grazing method carefully calibrated to the social needs of the ranch hands, conditions of the various fields, and desired conservation/restoration goals. 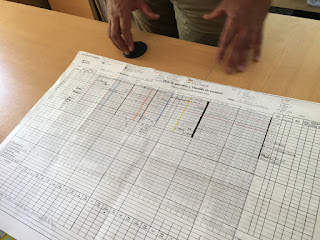 The sale of the product (wool and beef) helps support the management of the ranch and the animals themselves do the work to stimulate healthy grasses. Unfortunately, the primary buyer of wool these days is China and they are not keen to pay a premium for sustainable wool. Another goal for financial sustainability is carbon capture credits for healthy functioning grasslands. 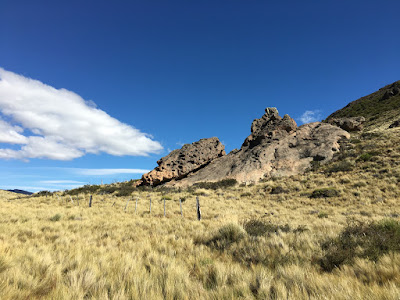 The day was spectacular, and making new friends within TNC is always special. Dinner was the perfect ending when our brave and brilliant pilots, now safely returned from Antarctica, joined us for a traditional Argentinian meat festival bar b que! 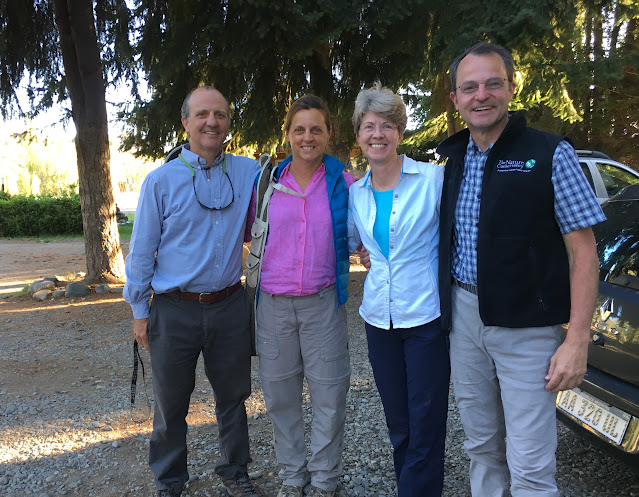 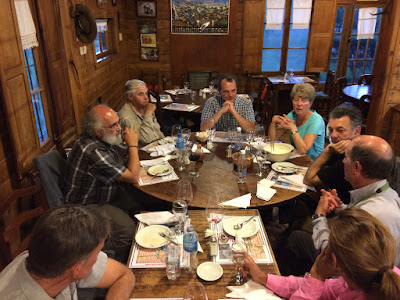 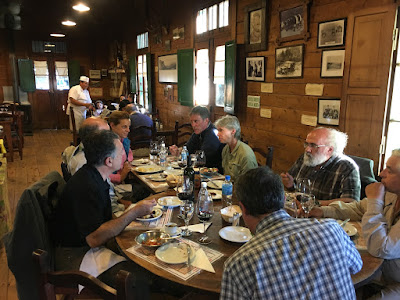 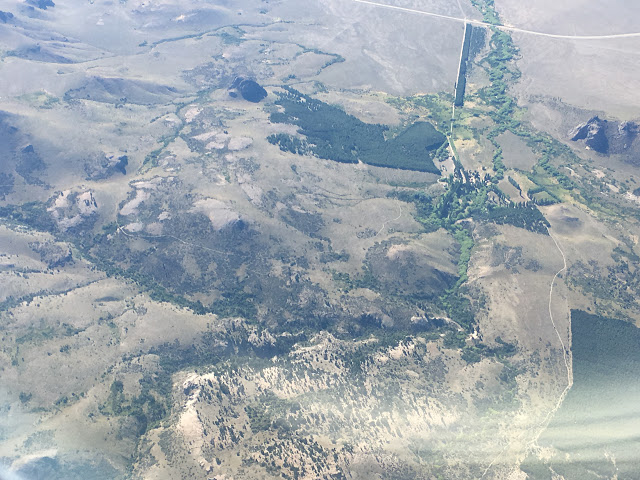