After a quick (but adequate) overnight stay in Mar Del Plata, Argentina (SAZM), this morning we depart for one of the key destinations for this whole trip...Punta Arenas, Chile (SCCI).

The route is a relatively modest 1,103 NM along the east coast of South America... 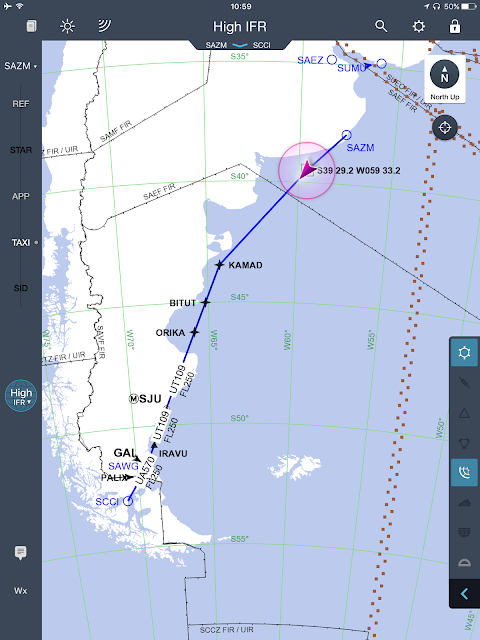 When we got to the Mar Del Plata airport, the wind was howling as it was the previous night, but the skies were clear. 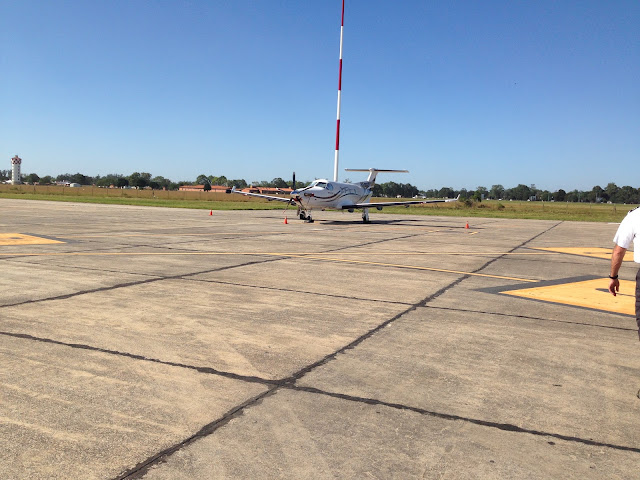 Paperwork was minimal this morning and after adding a bit more fuel (the flight will be longer than planned), we were on our way quickly with no delays. 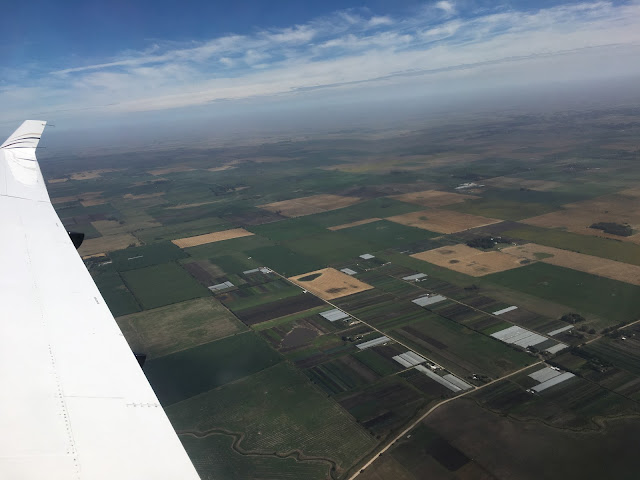 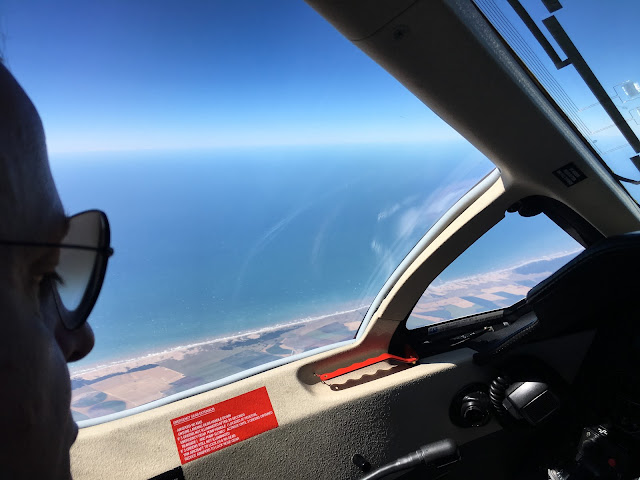 Very nice beaches in the area.

Once leveling off at our cruise altitude of FL300, we were greeted with 119 KT (137 MPH) winds almost on the nose. 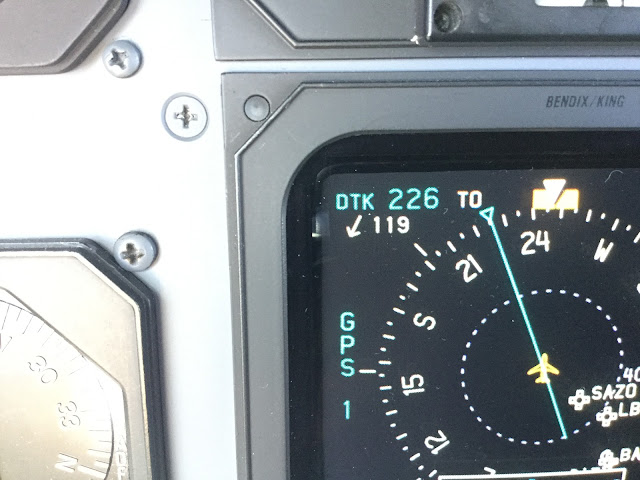 There was no turbulence, but our ground speed was a record low for this trip. Fortunately, we got a couple of shortcuts and the wind died down to "just" 75-80 KTS as we moved south. However, the whole flight was almost an hour longer than the original schedule due to the unusually high headwinds.

The cruise phase of the flight was uneventful and good weather all the way south to Punta Arenas.

Happy pilots (despite the headwind) enroute from Mar Del Plata to Punta Arenas... 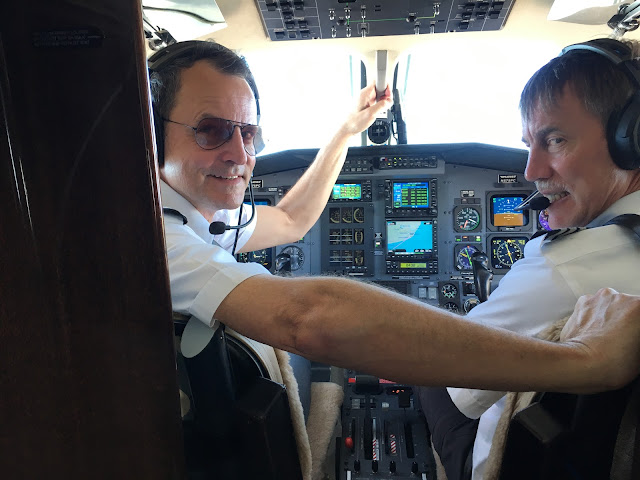 Starting the descent into Punta, there was a thin cloud deck, but we quickly broke out into clear air and good visibility. Punta is notorious for its winds, but today they were a fairly modest 20 KTS and well aligned with runway 25. 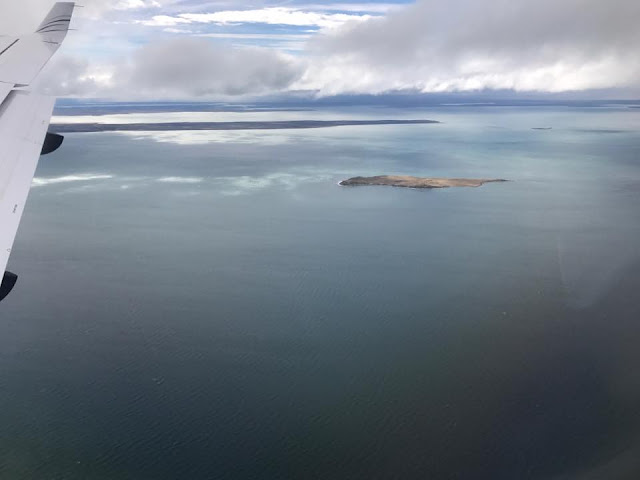 After landing, we saw some neat airplanes on the ramp including this Russian made Ilyushin Il-76 which makes regular trips to an ice runway on Union Glacier at almost 80S... 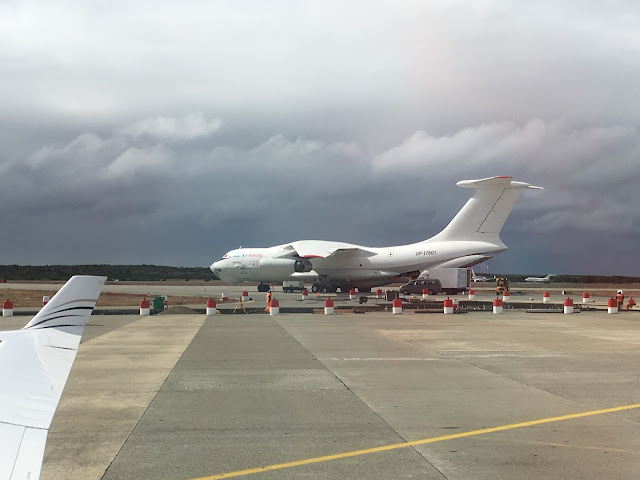 For folks wanting a deep interior Antarctic experience, taking this plane to a private camp run by Antarctic Logistics and Expeditions is about the only "easy" option. They can arrange hiking in the nearby Ellsworth Mountains or even an overland trip to 90S in specially designed trucks they operate. I understand the cost for a few days is about $30,000 per person, so it is a budget-buster for sure.

Finally at (almost) our  main objective... 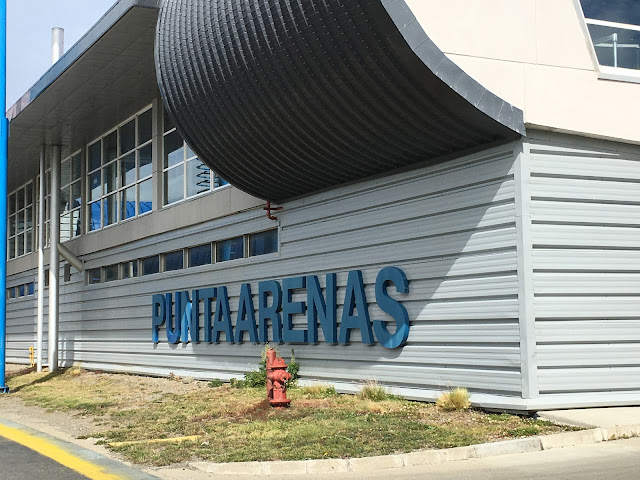 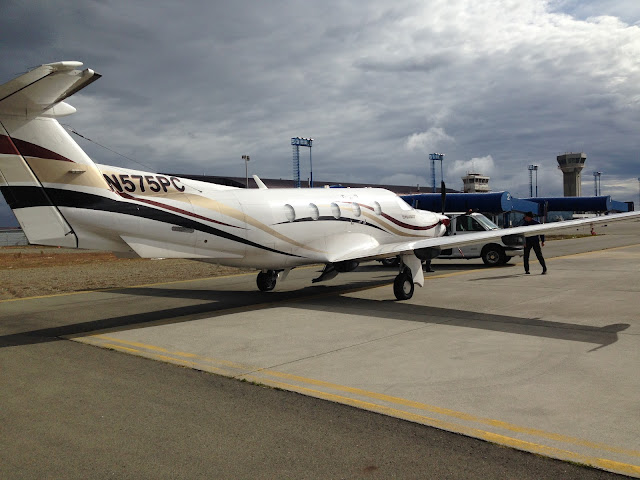 The final member of our Antarctic flight team, Jerry Seckler, had flown to Punta commercially (which was an adventure in itself) a couple of days earlier and we were glad to meet up with him at our hotel in Punta. 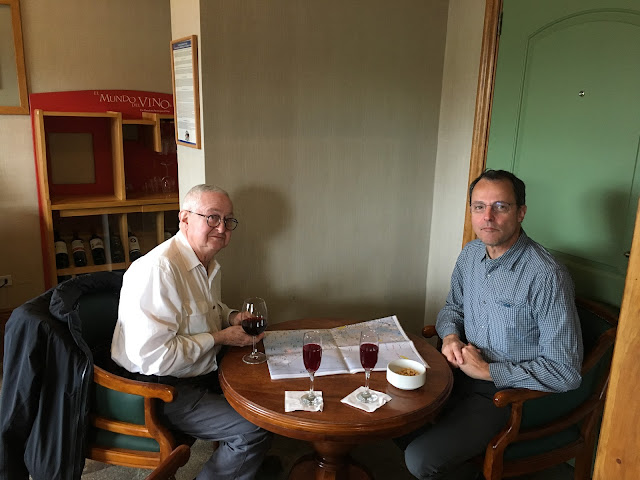 The flight crew had the next day (the 14th) blocked out for final flight planning and mapping out all the logistical details. So, this evening we could relax and enjoy some Chilean wine.
Email ThisBlogThis!Share to TwitterShare to FacebookShare to Pinterest
Newer Post Older Post Home